Laya Yoga is counted among highly recognised art of yoga forms. Practising this on a consistent basis establishes link between internal peace and dialogue with self. This ascertains tuning between one’s soul and universal energy. The yogic form is believed to have originated ages ago in the Himalayas, practised by yogis for disciplined living and peace of mind during those days of yore. The yoga form concentrating on mind’s abilities and potential, has also found relevance in the contemporary living style.

The word Laya has Sanskrit origin, which means dissolution or merging. The yogic art is also known as Kundalini yoga, as Kundalini energy is raised and is attained by deep meditation (dhyana). In this manner, laya yoga helps individuals to reach the level of supreme consciousness. Like any other yoga form, laya yoga begins with centered breathing and mild stretching exercises. Thereafter, yoga mudra is performed, which is again followed by relaxation exercise. 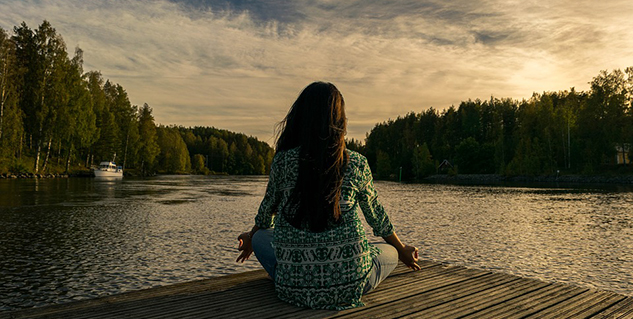 This highly-benefitting yoga form combines the beauty of meditation with the practice of sound for achieving the state of ‘ananda’, wherein one finds highest level of happiness and immense peace. The practice calms down the nervous system as the sound within the body is concentrated upon. Primarily, it focuses on 5 main energy centres present in the spine and 2 in the head. Yoga of absorption provides peace, by overcoming difficulties and negatives. The practice could also leads to Turiya, known as fourth level of consciousness.