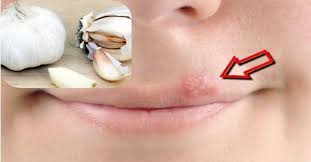 I have had Herpes for a number of years and have learned to live with it. Herpes used to be a big deal for me and I’d feel overwhelmed by the symptoms when I had an outbreak but now I cope a lot better and its not such a drama anymore.

I got to this point by starting to pay attention to how I was feeling and how this was fueling the attacks in my case.

I believe that most diseases have an emotional root

cause or at least an emotional component.

How it started was by a process called body dialoging where I close my eyes and start a dialogue with whatever part of me is troubled at that time. In my case it was my genitals that were affected by herpes and I would ask them why they are troubled or I would start a conversation with Herpes and ask herpes why it is here and why it has come to me.

If your patient and quite you will notice that an answer comes to mind after a while. In my case it was hurt that was the answer and the emotion that kept coming up. This was the emotion that was fueling the disease and I believe Herpes was manifesting itself so it could give me the message that that this emotion needed dealing with.

This was the first step for me in starting to control the disease naturally. I then started to address issues like my diet that could be triggering attacks or prolonging them.

With Awareness and Diet changes I believe it is possible to heal your herpes.

Did you enjoy this article?