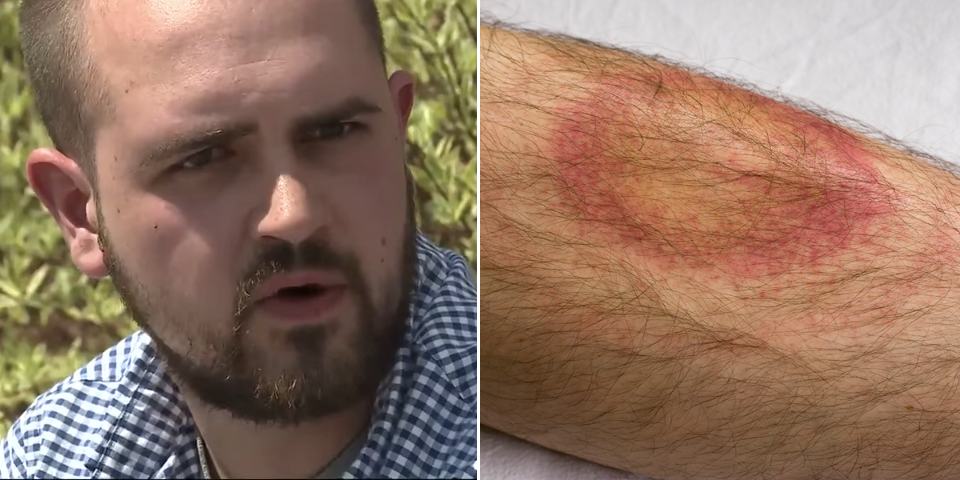 Most Popular
AuthorCreated with Sketch.
By Emily Reimer

The ticks are back — and so are the diseases they carry.

“Even when you just go outside, you catch one crawling up you,” said Tucker Lane, walking through his wooded backyard in West Barnstable, Massachusetts. “You pick ’em up just wherever you are.”

Like most kids on Cape Cod, Lane grew up with deer ticks. He’s had bites. He’s had Lyme disease. But he never thought a tick could kill him.

“Kind of just started all one day,” Lane said. “Just outside working and got a really bad headache.”

He didn’t know it then, but a tick bite had infected his body with the Powassan virus, a deadly tick-borne illness that causes encephalitis, or swelling of the brain.

“His cognition was very altered,” recalled Dr. Jennifer Lyons, director of neurological infections and inflammatory diseases at Brigham & Women’s Hospital in Boston. “He had difficulties speaking and understanding language.”

Lyons said Lane was already in serious trouble when an ambulance took him to the hospital.

“There are very few medications that we have to treat viruses, in general,” she said. “And for Powassan virus, specifically, we have no specific antidote.”

Powassan is rare. The Centers for Disease Control reports just 75 cases in the United States over a 10-year period. But eight infections were reported in Massachusetts. The symptoms can include headache, high fever, vomiting, confusion, loss of coordination, speech difficulties and seizures.

For a virus with no treatment, the diagnosis can be devastating. “The mortality rate of Powassan virus is about 10 to 15%,” Lyons said.

And like other tick-borne diseases on the rise, experts believe that the number of Powassan cases could increase as well.

“There is thought that the virus is spreading among the ticks, especially in this area in the Northeast,” Lyons said. “We also have seen, especially at the Brigham, more cases of Powassan virus in the past few years than we had ever seen before.”

Another serious concern is the short period of time that it takes for a tick to transmit the virus to a human. A Powassan infection can occur in just 15 minutes, significantly shorter than the 36 to 48 hours it can take for Lyme.

“It’s definitely something that is daunting to think about,” Lyons said. “Anybody can get bitten by a tick. Anyone can contract this illness.”

Lane said he is lucky to be alive. “I was in a coma for a week,” he said. “I guess I was on life support for a couple of days.”

Lane said he has fully recovered and shows no signs of neurological problems, such as recurring headaches and memory problems, that affect nearly 50 percent of survivors.

The CDC also reports that some people who become infected with Powassan do not develop any symptoms. It is unclear why others develop life-threatening conditions like encephalitis.