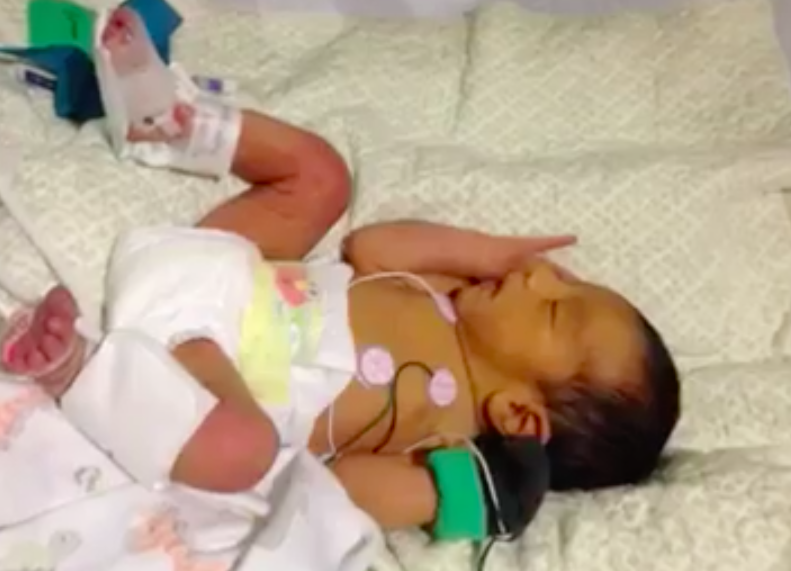 Most Popular
AuthorCreated with Sketch.
By Jackie Frere
Advertisement – Continue Reading Below

Once moms with newborns decide to start breastfeeding, they can be hit with a variety of problems, from sore breasts to latching difficulty. But one life-threatening complication doesn’t receive as much attention among new mothers.

KRGV, a local news station in southern Texas, recently reported on a study of women who have difficulty producing enough milk for their infants. One of the study participants, Deseray Valdez, revealed that her low milk supply nearly killed her baby boy, who suffered from malnutrition and dehydration after she couldn’t produce the amount of milk he needed.

Initially, Valdez didn’t realize she was having problems: everything seemed fine after her son was discharged from the hospital, and he even got the all-clear after his first check-up.

“Then he was getting yellow on me,” she told KRGV.

Valdez rushed back to the hospital with her son and was shocked when doctors told her she was only producing an ounce of milk at a time. Her newborn, at that point suffering from dehydration and starvation, was admitted to the intensive care unit where he would remain for three days.

“Knowing that my child could have died on me and then getting high levels of jaundice due to dehydration,” Valdez said. “It was just devastating for me.”

Valdez, a mom of three, didn’t disclose the specific medical condition that kept her from producing enough milk for her children, although experts say a number of issues can result in a short milk supply, including high blood pressure, diabetes, and side effects from medication or previous surgery. Fortunately, Valdez’s son, now 3, is happy, healthy, and suffered no long-term side effects from the dehydration.

“You’re always told here that breastfeeding is best. You’re a mom, it’s natural that the milk is going to drop,” Valdez told KRGV. “You’re going to have enough milk to provide for your baby. It was not the case on any of my three babies.”

What happened to Valdez and her son isn’t uncommon, says Burlene Carrizales, a lactation consultant at Lactation Care Center RGV. She told KRGV that dehydration can be difficult to spot in infants, but that babies will often appear weak or lethargic. If you’re concerned that your child isn’t getting enough to eat, Carrizales recommends monitoring their wet and dirty diapers, their weight, and looking for signs of satiety after nursing.

Dr. Christie del Castillo-Hegyi, a physician who specializes in breastfeeding complications, is one of the cofounders of Fed is Best, a non-profit organization that works to debunk dangerous myths about nursing and provide parents with the most up-to-date research about how to feed their infants. The organization wants moms to do what’s best for babies, which can sometimes mean a combination of breast milk and formula, or formula exclusively. In other words, breast isn’t always best.