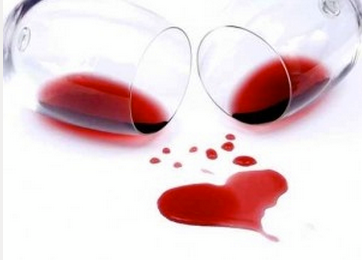 What is so special about wine? What is it that makes it potentially more protective against coronary heart disease, and perhaps other diseases, that other forms of alcohol?

In recent years, scientists have concluded without doubt that many human diseases such as heart disease, cancer and the aging process is caused or stimulated by a ravenous group of chemicals called free radicals, that act like hungry sharks. These highly charged little villains prowl the body and attack healthy cell membranes through a process that is called oxidation. In this scenario, there is however a knight in shining armor that jumps to the rescue and purges these ever hungry little killers. The name of our crusader is antioxidants.

Without getting too technical, the oxidation process in our bodies is crucial for health, without it, for instance, we would not be able to extract energy from our food. But if there are too many free radicals in our bodies this can be harmful.

Our body has its own defenses against free radicals, in the form of enzymes that are able to turn the hungry little sharks into harmless water. However, sometimes our body’s natural defense mechanisms can’t cope. Other times, external events can cause huge increases of free radicals within our bodies, such as x-rays, cigarette smoke and exposure to toxic substances. At times, this surge of free radicals can swamp our defenses and illnesses such as radiation sickness may take place.

So what does oxidation and free radicals have to do with heart disease?

Low density lipoproteins, commonly know as “bad” LDL, can penetrate and gather against the inner walls of our arteries, under certain conditions, forming fatty streaks and plaque. Taken alone, LDL particles aren’t so dangerous it seems, however, when attacked by free radicals they turn into dangerous and somewhat aggressive cells, capable of actually penetrating and harming the smooth inner walls of our arteries. This process is called oxidation. Oxidized LDL is known to be the culprit in stimulating atherosclerosis, heart disease and stroke.

Antioxidants, as the name suggests (anti-oxidants) can help stop the oxidation process, which are the results of free radicals doing their stuff. Most antioxidant research has been carried out on vitamins (A, E, beta carotene) but quite a lot of work has also been done on the healthy benefits of red wine. While most research on red wine has been done in relation to coronary heart disease, it seems that the benefits of wine don’t stop there.

Red wine contains a wide range of flavanoids; these are the chemicals that give the wine its particular taste and character, making one different from another. Many of these flavanoids act like antioxidants. Perhaps the forerunner of wine research was carried out by a certain Serge Renaud, who discovered the French Paradox, which suggested that wine was the decisive factor in protecting the people in southern France from their very high fat diets and ultimately coronary heart disease. Even if these people do eat large quantities of high fat cheese, pâté, and salami they have some of the lowest rates of heart disease in the world.

Another study, statistical rather than practical, by a Professor Grey of the University of Bern in Switzerland focused on the low, medium and high coronary heart disease (CHD) mortality figures of the World Health Organization.

What did he find? Well from among the high mortality areas were Finland and Scotland, the middle areas included Ireland, and the low CHD areas included Spain, Italy and France. He then compared heart attack rates with antioxidant levels in blood samples taken from men living in those areas.

What he found was very interesting, the results showed that high antioxidant levels, in particular vitamin E, coincided with low death rates of heart disease. Moreover, his results showed that vitamin E levels were 94% more accurate in predicting CHD rates than were cholesterol levels or blood pressure figures! Apart from diet, the high CHD regions drink very little, if any wine, whereas the low regions traditionally accompany their meals most days with wine.

It certainly seems strange that two much studied cities; Glasgow in Scotland and Toulouse in France show many similarities and yet many differences. The inhabitants of both cities eat tremendous amounts of high fat foods, traditionally take little exercise and drink alcohol. The surprising difference is that while the people of Glasgow have one of the highest rates of CHD in the world, the fortunate people of Toulouse have one of the lowest. Traditionally beer and spirits are the preferred drinks in Glasgow, while the folks in Toulouse drink red wine.

It has also been suggested that drinking in moderation together with meals is beneficial, while binge drinking at bars in the evening is harmful. It seems the southern Europeans don’t drink for the alcohol buzz, but just as a pleasant accompaniment to their meals.

At first the large heart institutions such as the American College of Cardiology and the American Heart Association ignored both antioxidants and frowned upon wine. While it is clear that it could be potentially dangerous for a physician to recommend his patients start drinking alcohol, it is also strange that they pretended for so many years to ignore the evidence. Well, now even if they don’t promote the taking of vitamin pills; antioxidants and free radicals are now recognized. However, according to the AHA “There is no scientific proof that drinking wine or any other alcoholic beverage can replace conventional measures. No direct comparison trials have been done to determine the specific effect of wine or other alcohol on the risk of developing heart disease or stroke. Just ask yourself who would pay for such studies. Clinical Trials have the purpose of showing one thing to be better than another, or whether a certain substance is beneficial to health. The costs of clinical trials is so high that only the pharmaceutical industry have the financial clout to invest in them – invest is the correct word. What a surprise.