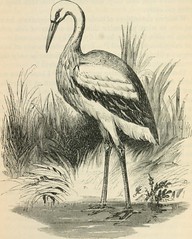 Josephus’ account is of great value to historians, having been an eyewitness. Josephus had fallen into Roman hands in the defense of Galilee (he had been a soldier and fought against the Romans in Galilee, a few years before the siege of Jerusalem commenced.) He was brought by the Romans to witness the siege.

The Roman campaign in Palestine had begun with an uprising by Jewish militants in the countryside in 66 A.D. Roman troops under the command of Vespasian had been involved in a campaign against the militants in the countryside for some years before the siege on Jerusalem began.The Jewish religious community at Qumran was dislodged in 68 A.D. The war soon converged on Jerusalem in the Passover season of 70 A.D. As the Roman troops, now under the command of Vespasian’s son Titus closed in on Jerusalem hundreds of thousands of Jews from the surrounding country sought refuge in Jerusalem within its walls.

Josephus estimated the number of Jews in Jerusalem at the Passover season 70 A.D. to have risen above 3 million. As the siege progressed famine set in. Armed bandits soon formed the habit of going from house to house in search of food, breaking down doors and confiscating food or anything of value for themselves. As the food scarcity intensified conditions got worse and order broke down completely in the besieged city as roving hordes of militants went totally berserk looting, killing and ransacking homes and confiscating all stores they could lay their hands on without caring about how their victims would survive.

According to Josephus, the mad-dog behavior of the armed bandits caused great distress to ordinary people who began dying in great numbers in their homes and on the streets of starvation. In the midst of this hell was a certain woman Mary daughter of Eleazar of Bathezor, of distinguished and wealthy family upbringing. She had fled with other refugees from the her country home into Jerusalem in the spring of 70 A.D. before the advance of Roman troops. Everyone knew that she was wealthy, so she became a favorite victim of looters and miscreants who soon stripped her of everything in her possession. In the process she resisted vehemently trying often to hide her purchases, for she had money to buy food with. But the looters kept a watch on her and would thoroughly ransack her home as soon as they believed she had acquired new stores, leaving nothing for her. She soon grew weary of resisting and acquiring food for the benefit of looters. In secret she killed her suckling baby and roasted the flesh. The sweet odor of the roasted flesh attracted attention and her tormentors were on her again demanding that she give up her roast. Mary, by this time, apparently out of her mind in great distress told them coolly that she had prepared a feast for them and reserved the best part for their enjoyment. She led them to where the half-eaten remains of her baby were covered up and revealed to them the horrible sight. Even men who had become hardened by the horrors of the war were shocked and seized with fright at the sight of the roasted infant half consumed by its mother.

“This is my own son,” she said to them. “The deed is mind. Eat, for I too have eaten. Be not more merciful than a woman, nor more compassionate than a mother. But if you are too pious and shrink from my sacrifice let the rest remain for me.” At these words, the men, terribly shaken, filed out of the room quietly. No one thought of depriving her of her latest store.

Meanwhile the war escalated and survivors soon began heaving masses of dead bodies over the city walls into the valley below. So terrible was the sight of the trenches filled with bloated, oozing bodies that even the Roman commander Titus cried out at the sight calling out to God to witness that it was not his doing. Those who tried to escaped from the beleaguered city were taken by the Roman soldiers, whipped and tortured and then crucified alive before the walls of the city. Crucifixion beams sprang up one after the other into a forest of thousands of crucified bodies. Attacking Roman soldiers came upon of a group of about 6 000 women and children who had sought refuge in a part of the outer temple ground. They simply set the cloister on fire and burned the 6 000 souls to death.

Josephus estimated the number of Jewish dead at about 1.1 million(“by famine and by sword”). The survivors over seventeen years of age were sent as prisoners to labor camps in Egypt and the children (about 90 000) were sold as slaves.

The writer JohnThomas Didymus is the author of “Confessions of God: The Gospel According to St. JohnThomas Didymus.” ( http://www.resurrectionconspiracy.com/ ). If you have found this article interesting please read the article CANNIBAL PHARAOH WENI IN SOLIPSISTIC EUCHARIST MEAL (C.2460 B.C.) on his blog:http://johnthomasdidymus.blogspot.com/2010/10/cannibal-pharaoh-weni-in-solipsistic.html