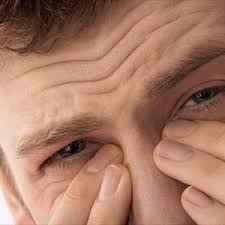 It’s amazing what you can find when you start your search a little outside the bulls eye. While clicking through Magnetic Resonance Imaging research online, my colleagues and I found some intriguing scientific studies completely by accident!

What did we find? Well, let’s just say if you’ve got a stuffy nose you should try magnets before sniffling through that bottle of nasal spray!

Did you know that every year, more than 35 million Americans suffer from sinusitis? It’s one of the leading chronic diseases in the United States . And it’s no wonder, as bacteria, viruses, cigarette smoke, and allergens like pollen, mold, dust mite feces and pet dander are all common causes of this condition . Unless you live in a bubble, there’s really no escaping these tiny antagonists.

The sinuses are actually four pairs of hollow spaces in the bones of the face. Connected to the nose, air is allowed to flow in and out of these spaces. To help warm and filter the air, each sinus is lined with a mucous-producing membrane, called the mucosa .

Acute sinusitis occurs when the mucosa is irritated and inflamed. The small openings from the nose to the sinus cavities become congested (or even completely blocked), causing the facial pain and pressure most of us have experienced at some point in time. Mucus production is often increased as well, adding to the pressure, and causing that annoying runny nose symptom .

Many people turn to preventive methods like HEPA air filters, or frequent cleaning of carpets and bed sheets to reduce household allergens . Decongestants, saline nasal sprays, and vaporizers are commonly used to treat the symptoms–but as you and I know, they take time to work.

This is where those studies come in. There’s an interesting, but little known fact about the sinuses: they are magnetically sensitive.

Based on our own research and experiences with clients and health practitioners over the years, we’ve observed that sinus congestion is dramatically improved or completely relieved with the application of magnetic therapy. In fact, taking about 20-30 minutes on average, it’s one of the conditions that biomagnetics alleviates quickest.

Until recently, though, we didn’t have much research to back these findings (other than our own records). But, while sifting through online abstracts from MRI research, I happened to stumble upon this:

Dating back to 1983, a study was conducted to assess the influence of magnetic fields on the physiology and behavior of biological organisms, and to search for possible magnetic sources within the organisms themselves.

It was found that a wide range of life forms could detect and orient to magnetic fields. (Like having a built-in compass.) Results showed magnetic orientation by bacteria was due to the presence of particles of magnetite (ferric/ferrous oxide) within the organisms.

The same magnetic material was also found in bees, homing pigeons, dolphins and other organisms–including humans. More specifically, the researchers found that “the bones of the sphenoid/ethmoid sinus complex of humans are magnetic and contain deposits of ferric iron”. (The sphenoid/ethmoid sinuses are located between the eyes and progress inward towards the back of the head .)

Refining our search, we were able to uncover other MRI studies confirming this finding. Here’s a brief timeline of what was found:

1986 – “Magnetic Resonance Imaging [using a 1.5 Tesla (15,000 Gauss) magnet and a spin echo technique] has revealed a remarkably intense signal from abnormal tissue in the human paranasal sinuses. Inflammatory disease in the maxillary, sphenoid, ethmoid, and frontal sinuses has been detected and demonstrated with greater clarity than any other available technique.”

1990 – A study conducted at the UCLA School of Medicine tested conditions affected by MRI field strength. Results illustrated that “magnetic susceptibility artifacts are prevalent on the boundary of air-containing paranasal sinuses”.

1995 – Research at Uppsala University in Sweden discovered that “large, local magnetic field variations up to 3 parts per million were found in the human brain near interfaces between air or bone and brain tissues”.

2002 – An Ohio State University study compared differences in magnetic field susceptibility at tissue interfaces in the human head. “Considerable magnetic field inhomogeneities were observed in the inferior frontal lobes and inferior temporal lobes, particularly near the sphenoid sinus and the temporal bones.”

These four independent studies all relate to the notion that human sinuses are magnetically sensitive. When compared to other regions of the head, more intense magnetic field readings are seen, and conditions of inflammation are more easily observed.

So how does this lead to sinusitis relief?

Magnetic therapy is proven to be effective in reducing inflammation, a primary symptom of sinusitis. By reducing inflammation of the mucosa, mucous blockages can be drained and the sinus cavities reopened. This, allows you to breathe freely again, while eliminating the facial pain caused by pressure build-up.

When applied properly, magnetic therapy products can relieve sinus congestion in as little as 15 minutes. That’s faster than any decongestant or vaporizer, lasts longer than most nasal sprays, and is completely free of any side effects (like dryness or burning). Not to mention, you won’t need to worry about buying refills or possible addiction to certain nasal decongestants.

The Eye & Sinus Mask is designed specifically for relief of your sinus congestion. Inside it has 28 neodymium magnets covering areas around your eyes, forehead and upper cheeks. (The magnetic field has an effective penetration depth up to 2.5 inches.) You can expect sinus and headache relief within 15-25 minutes of wearing it.

For even faster relief plus more restful sleep, Therion ‘s magnetic dual contour pillow is the perfect choice. The visco elastic (memory) foam is soft and comfortable, but also supportive. You’ll actually feel it adjusting and conforming to the shape of your head and neck. It’s ideal to use as a regular sleeping pillow, as the magnetic field reaches the pineal gland. This is a magnetically sensitive area in the brain that functions to induce sleep by secreting melatonin.

So before you open that box of ‘non-drowsy’ decongestants or reach for the nasal spray on your nightstand, give magnetic therapy a try. If it’s fast acting with no side effects, and never needs a refill, what do you have to lose?