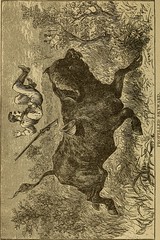 The title of this episode was ‘Flesh and Blood’ and it was an episode that could have stood alone as a movie in its own right. It was really that good but ‘Person of Interest’ has always been one of those shows that delivers every time. There are just four episodes left to the end of the season and things are becoming more intense by the episode.

This episode was all about the New York underworld and Elias’s quest to get rid of the heads of the five crime families so that he can have a single unit where he is the man at the helm of affairs. But this was not about turf wars or plain greed. The story had some depth as the flashbacks showed that Elias is a man with a past that had been deeply stained by his connection to the criminal underworld. His father who was a crime boss killed his mother. He still decided to join the business and when he thought he had earned the man’s good graces he did not know that he sent him to be killed.

He escaped and that left him scared for life and his intent to clean the families out was also rooted in this. To add to the mix he had a half brother that was regarded as the legitimate heir to their father’s empire. Elias had kidnapped the father but his half brother took immediately took over.

Meanwhile Reese had warned one to the crime bosses that he should not underestimate Elias but the man took no heed to the warning although even if he had it would have been too late because his car had already been rigged. It exploded just after leaving Rees. So one kidnapped, one killed and three to go. Carter took the three under forced protective custody and they used a safe house provided by Finch. By now doing things outside the boundaries of the law is something Carter is seeing everyday.

There were a group of bad cops for hire within the force and Elias had paid good money. So going to Finch’s safe house was the better option. But that too was compromised and bad cops zeroed in on the place. Meanwhile Elias had taken time out to have a bit more insurance that the three would be taken out as he took the liberty of kidnapping Carter’s son just to make sure that Carter would allow the wheels of ‘progress’ to roll unencumbered.

Reese had to go all Rambo as he stormed Elias’ fortress and ended up not just rescuing the kid but the kidnapped crime boss as well.

The surprise that greeted her when Elias and his henchmen finally broke through was that Elias simply surrendered to her. Fans got to know why soon enough as his half brother’s car had been rigged to blow up and he was going to pick his dad. It blew up with the two of them inside.

Elias is now in jail but it is quite apparent that he planned this as well as he called Jr. before the car blew up. And this is not the season’s finale.