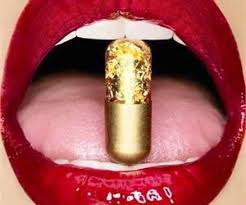 WEDNESDAY, April 12, 2017 (HealthDay News) — Close to half of breast cancer patients who chose to have a double mastectomy after genetic testing didn’t actually have the gene mutations known to raise the risk of additional cancers, a new survey found.

“That was a bit surprising, because we wouldn’t typically expect that surgery to be conducted for women if they don’t have a risk-causing gene mutation,” said lead researcher Dr. Allison Kurian. She is an associate professor of medicine, health research and policy at Stanford University.

The finding suggests that many women and their doctors aren’t interpreting the results of genetic testing properly, she added.

There are known genetic mutations that increase future risk of cancer, the most notorious of which are BRCA 1 and 2.

The genes are not normal, but the mutations they have are not linked to any specific cancer risk. There’s a nine out of 10 chance that such a mutation is harmless, based on prior evidence, Kurian said.

Treatment guidelines recommend that women with uncertain genetic results not be treated as aggressively as women who test positive for BRCA 1 or 2, Kurian noted.

But among the nearly 666 breast cancer patients in the study who received genetic testing, women with uncertain genetic results were as likely as not to receive a double mastectomy.

“Patients who had uncertain results of genetic testing were quite likely to go ahead and have very invasive surgeries, to have double mastectomies to reduce their risk,” Kurian said.

Many of the women’s surgeons said they treat an uncertain result on a genetic test as aggressively as a harmful result, according to follow-up surveys.

“That’s something that is not recommended by guidelines and might lead to more invasive surgeries,” Kurian said.

Half of surgeons who see fewer breast cancer patients per year said they would aggressively treat an uncertain genetic test result. More experienced surgeons were less likely to overreact, but even one out of four doctors in that group said they would treat uncertain results the same as a BRCA mutation.

The study was published online April 12 in the Journal of Clinical Oncology.

One cancer expert was somewhat alarmed by the findings.

“There’s no question that as any clinician specializes more, they’re going to have a better knowledge base and be more expert,” said Dr. Nadine Tung, director of the cancer risk and prevention program at Beth Israel Deaconess Medical Center in Boston.

“And yet even in that situation, a quarter of surgeons seeing a high volume of breast cancer patients were still saying they act on a variant of unknown significance the same as they do a mutation [known to raise breast cancer risk]. That’s notable and concerning, for sure,” Tung said.

Although genetic testing is becoming increasingly important in cancer treatment, these results show that genetics experts have not been properly integrated into standard cancer-care teams, said Robert Smith, vice president of cancer screening for the American Cancer Society.

Only around half of breast cancer patients who underwent genetic testing discussed their results with a genetic counselor, something that guidelines say should happen every time, Kurian and Smith noted.

“Some women may be making these decisions because they are not fully understanding that their risk is not terribly different from average-risk women,” Smith said. “Rather aggressive therapy decisions are perhaps being made in the absence of careful, competent discussion about what this means.”

Worse, only 7 percent to 10 percent of the women discussed their results with multiple health professionals on their treatment team, Smith added.

However, Tung pointed out that integrating genetic experts into cancer care is a more complex problem than it seems at first glance. She is chair of the American Society of Clinical Oncology’s genetics subcommittee.

There’s a shortage of genetic counselors in the United States, mainly due to the fact that insurers often balk at reimbursing them, Tung explained. That shortage can create unwanted wait times for anxious breast cancer patients who want fast action taken, and may not want to take the extra step to see a counselor anyway.

“There are issues of timing and timeliness, where they are using this information to make immediate treatment decisions,” Tung said. “There can’t be a lot of delays. We need that streamlined.”