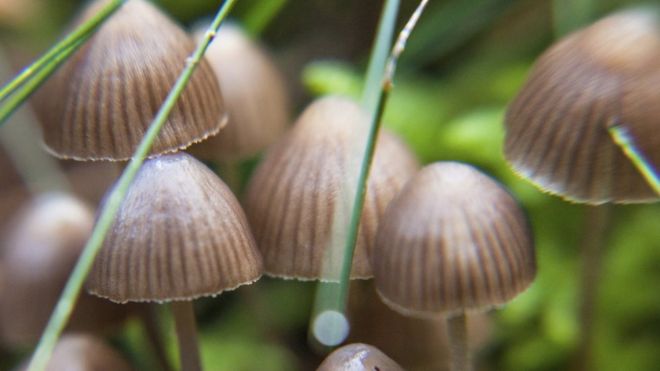 A hallucinogenic chemical in magic mushrooms shows promise for people with untreatable depression, a short study on just 12 people hints.

Eight patients were no longer depressed after the “mystical and spiritual” experience induced by the drug.

The findings, in the Lancet Psychiatry, showed five of the patients were still depression-free after three months.

Experts cautiously welcomed the findings as “promising, but not completely compelling”.

There have now been calls for the drug to be tested in larger trials.

At the start of the trial, nine of the patients had at least severe depression and three were moderately depressed.

In one patient, symptoms had lasted for 30 years.

All of them had tried at least two different treatments for depression, without success.

The study, at Imperial College London, initially gave patients a low dose of psilocybin, the hallucinogenic chemical in magic mushrooms, to test for safety.

They were then given a very high dose equivalent to “a lot of mushrooms”, the researchers said.

The psychedelic experience lasted up to six hours, peaking after the first two, and was accompanied by classical music and followed by psychological support.

Dr Robin Carhart-Harris, one of the researchers, said: “These experiences with psilocybin can be incredibly profound, sometimes people have what they describe as mystical or spiritual-type experiences.” 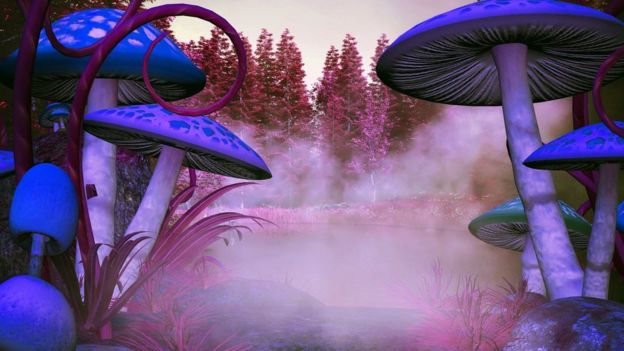 Most patients had a rapid dip in their depressive symptoms, with predictable side-effects including anxiety, nausea and headaches.

Dr Carhart-Harris said: “Seeing effect sizes of this magnitude is very promising, they are very large effect sizes in any available treatment for depression.

“We now need larger trials to understand whether the effects we saw in this study translate into long-term benefits.”

Fellow researcher Prof David Nutt said thoughts could become locked in an overly self-critical and negative mode in depression, and it was thought the drug acted as a “lubricant for the mind” that “liberates” the patient.

He said psilocybin targeted the receptors in the brain that normally responded to the hormone serotonin, which was involved in mood.

However, the study is anything but clear-cut.

It is short, in a small number of people and has no placebo group.

Larger trials use dummy, sugar pills or placebos so they can account for the enigmatic “placebo effect” in which people can get better when they think they are being treated.

The researchers told the BBC “it is possible” all the improvement was down to the placebo effect although the duration of the benefit and change in outlook suggested something else was going on.

Dr Carhart-Harris said “this isn’t a magic cure, we shouldn’t infer too much” until larger trials had taken place.

Prof Nutt said simply being able to perform the study using the hallucinogenic drug was a “landmark”, as he criticised the “Kafkaesque” restrictions that had made the research difficult.

Prof Nutt, who was fired as the government’s drugs adviser for his outspoken views, said red tape had meant “it cost £1,500 to dose each patient, when in any sane world it might have cost £30”.

Prof Philip Cowen, from the University of Oxford, said: “The key observation that might eventually justify the use of a drug like psilocybin in treatment-resistant depression is demonstration of sustained benefit in patients who previously have experienced years of symptoms despite conventional treatments, which makes longer-term outcomes particularly important.

“The data at three-month follow-up, a comparatively short time in patients with extensive illness duration, are promising, but not completely compelling.”

The research was backed by the Beckley Foundation and the UK’s Medical Research Council.