The Supreme Court of India in a landmark judgment has allowed an individual to draft a ‘living will’ in advance to ensure that they are not put on unnecessary life support, if they slip into an irreversible coma. The judgment was passed by a five-judge Constitutional bench comprising Chief Justice of India (CJI) Dipak Misra and Justices AK Sikri, AM Khanwilkar, DY Chandrachud and Ashok Bhushan, which said: “Human beings have the right to die with dignity.”

Passive euthanasia involves the withdrawal of medical treatment with the deliberate intention to hasten the death of a patient with an incurable disease.

‘A ‘living will’ is made by a person in his/her normal state of mind, seeking withdrawal of medical support if they slip into an irreversible coma.’

A living will is a document by which a patient can give instructions in advance about the medical treatment to be administered when they become terminally ill or slip into a coma.

In 2011, the Supreme Court had recognized passive euthanasia in the Aruna Shanbaug case and permitted the withdrawal of life support from patients, who are not in a position to make an informed decision. Although, the judges had four separate opinions on the current verdict, all were unanimous that the ‘living will’ be permitted since a person cannot be allowed to continue suffering in a vegetative state.

The judgment had further said, “Hence, even if a decision is taken by the near relatives or doctors or next friend to withdraw life support, such a decision requires approval from the High Court concerned as laid down in Airedale’s case (supra). In our opinion, this is even more necessary in our country as we cannot rule out the possibility of mischief being made by relatives or others for inheriting the property of the patient.” 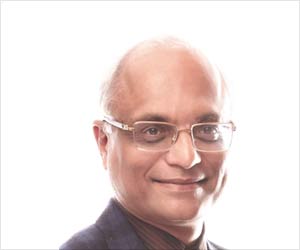 On the Supreme Court’s laudable judgment on euthanasia, Medindia spoke to Dr. R K Mani, Group CEO and chairman Critical Care, Pulmonology and Sleep Medicine, Nayati Medicity, Mathura and Nayati group of hospitals, Agra and Amritsar. Former President of the Indian society of critical care Medicine(ISCCM) and Chairman of the Ethics Committee that formulated guidelines on End-of-Life and Palliative Care.

Q. The Supreme Court has already given permission for euthanasia on Aruna Shanbaug’s case in 2014, will the current judgment help in the implementation of passive euthanasia?

Ans: Yes, greatly. Because progressive judgments have been made after the Aruna Shanbaug’s case. One is the earlier privacy judgment last year, and the next landmark judgment is the ‘living will’. Aruna Shanbaug’s case did not make any statements on the ‘living will’, which allows the right of an individual to record how they would or would not want to be treated if they slip into an irreversible coma. The advance will act as an instrument to maintain autonomy. The current judgment is laudable because for the first time it acknowledges the autonomy of the individual is sustained even through the loss of capacity.

Q: Will a person still require clearance from the High Court to execute passive euthanasia?

Ans: No, this landmark judgment does not require Court’s clearance. This judgment is a big relief to the medical practice because neither the physician nor the family will have the time away from the patient to go to Court. In Aruna Shanbaug’s case, even though passive euthanasia was allowed, it required a Court’s procedure. The Court’s procedure is not required anymore, and it has become easier. Although, the details of the implementation process are yet to be worked out, the Court has clearly given direction to the government to create a proper framework in this regard.

Q: What are the strengths and weaknesses of the judgment?

Ans: The strengths of the judgment are that for a physician, this landmark judgment is important as it strengthens the hands of the ethical physician. This landmark judgment is also extremely important for a citizen because earlier an individual with a life-threatening condition goes straight to the prospects of life support system, which would not only affect the patient, but also the family who go through a lot of hardships emotionally and financially. The medical guidelines oblige the physician to listen to the patient’s values and beliefs. The judgment could allow a physician to provide a choice to use or not use an intervention such as life support depending upon a patient’s consent. In Aruna Shanbaug’s judgment, passive euthanasia was ultimately a legislative process. Whereas, in this present judgment, it does not require a legislative process where a choice is given to an individual.

The first weakness of the judgment is the terminology. They continue to use the term passive euthanasia which has been abandoned long ago in contemporary medical literature in the world. Recently, I was part of a board commissioned by the ICMR to formulate contemporary definitions
of terms used in end-of-life and palliative care. This document which will be released next week and will clarify on the contemporary terminologies. The second weakness is that the court proceedings involving a medical board which is correct, but, getting a clearance from the district level may be time-consuming and it is still not quite the way how it is done in the West. The procedures can be made much easier and at the same time safe guard the citizen from any malpractice.

Q: Do you have any other comments about the current judgment?

Ans: Every individual has the right to dignity, and it cannot be denied. Any decision should not be forced upon a patient or a family. A physician should be able to provide choices to the patient, be compassionate, supportive and take care of the time appropriate. We are always focused on curing people which is inevitable, but care should also be given to the dying.

The judgment comes in the wake of prejudices on the part of the govt and the previous judicial opinions. What the Supreme Court has done is a great in-depth study of the existing document. They have taken a great humanistic approach in this judgment. Overall, it is a great step forward in medicine, but it lacks medical input. What I would suggest is that we as citizens should participate to formulate a practical guideline to make it the best in the world.