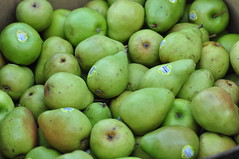 Healthy Food For Your Eyes
The same healthy diet that’s good for your heart and arteries can help preserve your eyes and vision.That’s not surprising. “Vision depends on tiny capillaries that supply the retina and other parts of the eye with nutrients and oxygen,” says Monique Roy, MD, a professor at the New Jersey Medical School’s Institute of Ophthalmology and Visual Science. “Keeping those arteries healthy is essential.”

As part of an overall healthy diet, several key nutrients appear to be particularly important to preserving sight as we get older.

A decade ago, the Age-Related Eye Disease Study reported that people given vitamin E, vitamin C, beta carotene, and zinc in supplements were less likely to develop advanced age-related macular degeneration, or AMD. The combination was most effective at slowing the progression from intermediate to advanced AMD, which is one of the leading causes of age-related blindness. Because of those findings, many people diagnosed with early signs of AMD today are routinely prescribed a pill that combines these nutrients.

Two other nutrients – lutein and zeaxanthin – are also linked to lower risk of macular degeneration and cataracts. A 2008 Tufts University study of 1,802 women 50 to 79 years old found that those who consumed the most lutein and zeaxanthin in their diets were 23% less likely to develop cataracts than those who consumed the least. Rich sources of these two compounds include kale, spinach, turnip greens, romaine lettuce, broccoli, and Brussels sprouts.

The newest nutrient linked to better vision with age is omega-3 fatty acid, which is found predominantly in fish oil. In a study of 2,520 people, researchers at Johns Hopkins University reported in 2010 that people who consumed fish high in omega-3s fatty acids often were significantly less likely to have advanced age-related macular degeneration. Omega-3s may also protect against cataracts, according to 2010 findings by researchers at the Clinical University of Navarra in Spain.

Although antioxidant supplements are routinely prescribed to people with early signs of macular degeneration, there’s little agreement on whether supplements will help otherwise healthy people preserve their vision. “Most of the evidence to date is very mixed,” Allen Taylor, a leading researcher at the Laboratory for Nutrition and Vision Research at the Jean Mayer USDA Human Nutrition Research Center on Aging at Tufts University, tells WebMD. In one recent study, for example, a multivitamin seemed to protect against some forms of cataracts but actually raise the risk of other forms.

“By far the best way to protect your vision from age-related diseases is by eating a healthy diet,” says Kathleen Zelman, RD, director of nutrition for WebMD.

Recent findings help make the case for healthy food choices. A 2010 study by French scientists, for instance, found eating more vegetables – including cabbage, broccoli, pepper, corn, or spinach – improved the condition of the retina in people with age-related macular degeneration.

Researchers don’t understand exactly why omega-3s may protect against eye diseases. with age is omega-3 fatty acid, which is found predominantly in fish oil. Food For Eyes Two other nutrients ” lutein and zeaxanthin ” are also linked to lower risk of macular degeneration and cataracts.