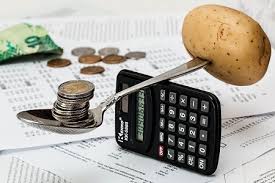 According to Rybko there are three major shortcomings to Banting. Firstly, Banting takes into consideration carbs and how they work but does not fully understand insulin and the role it plays.

The effects of insulin

Secondly, Banting does not value the importance of the mind and stress management. Finally, nothing has been said about how vital it is for our health to move our bodies in certain ways and on being active.

Born and raised in Johannesburg, Rybko has taken an active interest in sports nutrition and performance and says he has personally seen a number of cases were patients have struggled to lose weight.

“This would be as a result of the effects insulin has on food and digestion.

Banting only partially understands how insulin works and does not fully grasp the effects that it has on one’s insulin.  It’s like driving with one eye open; you may get to your destination, but you also may not because of issues you can’t avoid, like dangers on your blind side.” Said Rybko.

“Banting often does not work, especially in woman over forty and with many committed Banters hitting stubborn weight loss plateaus,“ he adds.

In his book “Banting Sucks”, due to hit the shelves mid-March, Rybko proposes a better way to deal with insulin management and scraps Banting’s preoccupation with carbs.

Time to set the record straight

The book stresses that food intake is just as important as the mental approach and physical activities that accompany weight loss and that all need to work together, to be effective.

The type of lifestyle described in the book is an ideal support for conventional medical treatment of Type 2 diabetics. “Some of the type II diabetics find that they no longer need medication when following this diet,” says Dr Rybko.

An established author, Rybko’s previous book “Decarb Diet” took a very different approach to dieting. “I wrote about low-carb diets, while I was still very new to this phenomenon; it worked well for me like it did for many other people, until the same problems presented itself as in all other Banting, low-carb and high fat diets.”

Having spent four years researching the reasons that these kinds of diets work improperly, Rybko felt it was time to set the record straight and write another book Titled “Why Banting Sucks”.

“When looking at LCHF diets, it has been established that, firstly, high protein intakes are bad for your health especially when wanting to lose weight. Dr Valter Longo, professor of longevity famously said that a high protein diet is nearly as detrimental as smoking to one’s body.

Too much lean animal protein increases levels of growth promoting hormones that lead to increased cancer risks as well as faster ageing. Our protein intake should be at or below 1 gram of fat per kilogram of body weight and this suggests that you need to weigh 200 kilograms to earn that 200 gram “Lady’s Steak” at Steers!

When looking at weight loss a high protein meal can be a double whammy; in certain conditions, it can behave like sugar does causing a sugar spike and a similar spike in insulin levels. The exact outcome Banting is designed to avoid. “

As a core focus in the book, Rybko promotes frequent fasting and said that the body is perfectly able to maintain energy levels without food. “The body can easily maintain its energy all by itself without the need for food or energy drinks; it has had at least a hundred thousand years of practice.”

“Our bodies are designed to be better, faster and smarter when short of food. You will be amazed how much better you will feel when you don’t eat all the time. To keep you going when fasting for short periods, water, black tea or coffee is all you need.”

Rybko adds that this his new proposed lifestyle has already seen major results particularly patients who were struggling to keep their weight down on Banting.

“I was approached by one of my original patients who had lost 20 kilos a few years ago but has now gained half of it back, despite keeping his carb intake below 25 grams a day and exercising daily. After just three weeks on the new diet he has already lost half of the weight he had gained. “

According to Rybko he follows this way of life himself, and despite Banting as strictly as possible over the past four years, still had “a spare tyre of a few extra kilos, which would not budge”. “Since following this new diet, I have become leaner than I have ever been in my life,” Rybko concludes.