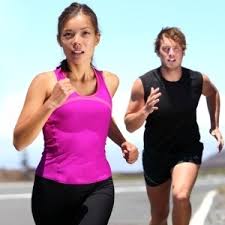 The Health Professions Council of South Africa’s (HPCSA) decision to appeal the majority ruling finding Professor Tim Noakes not guilty of misconduct smacks of a witch hunt set on his prosecution and persecution, he told Health24 on Friday.

“My legal team and I had originally chosen to go quietly into the night following the successful judgment delivered by Advocate Joan Adams in my favour.”

The University of Cape Town emeritus professor, who maintains that a diet high in fat is actually far healthier than we’ve all been led to believe, was cleared last month of any wrongdoing by the HPCSA’s professional conduct committee following an 18-month inquiry.

The low carb, high fat (LCHF) advocate was accused of unprofessional conduct owing to a tweet to a breastfeeding mother, described as “potentially life-threatening” because of its “unconventional advice” relating to the banting lifestyle approach.

In what has become known as the infamous ‘Noakes Trial’ and the most closely watched HPCSA hearings yet, the banting guru faced, among others, being struck off as a registered medical practitioner.

The multi-million saga is now set to continue, the HPCSA confirmed to Health24, without answering detailed questions.

“Please note that the HPCSA on 10 May 2017, filed a notice to appeal the majority judgment of the Professional Conduct Committee. Prof Noakes has also filed a cross appeal regarding the failure by the committee to award costs in the majority judgment,” communications manager Priscilla Sekhonyana said.

‘A Pandora’s Box of injustices’

Noakes said his legal team will now vigorously pursue all the injustices done to him during the hearing process.

“We will tackle this by exposing all the injustices and ethical infringements that have happened in the course of this trial, which we believe qualifies as a malicious prosecution and persecution.

“We will be actively pursuing options for recovery of all our costs from those involved in setting up and continuing the prosecution,” the sports scientist said.

“A Pandora’s Box of injustices has been opened and we will selectively pursue those issues, which we consider are the most rank,” said Noakes.

“We will be encouraging South African medical practitioners who disagree with the trial to begin questioning why their subscriptions to the HPCSA are being wasted in this spiteful and malignant witch hunt.”