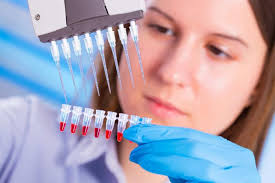 What is a Genetic Disease?

A genetic disease is caused by an abnormality in a person’s genome. There are
many different types of genetic inheritance including single, multifactoral,
and mitochondrial. The following is a short list of genetic diseases:

What is Fabry disease?

Fabry disease is a rare genetic disease a deficiency of the enzyme alpha-galactosidase A (a-Gal A) that causes a buildup of a type of fat called globotriaosylceramide (Gb3, or GL-3) in the body. Fabry disease is classified as a type of lysosomal storage disorder. Lysosomes are isolated areas of cells that contain enzymes. In a lysosomal storage disorder these enzymes do not properly metabolize certain fatty molecules. As a result, the undigested fat molecules accumulate and impair a cell’s ability to function. In Fabry disease, the alpha-galactosidase A enzymes are deficient and globotriaosylceramide accumulates, which can affect the function of the skin, eyes, gastrointestinal system, kidney, heart, brain, and nervous system.

Fabry disease is the result of a mutation of the gene responsible for making alpha-galactosidase enzyme, which is located on the X chromosome. Fabry affects mostly males though rarely females may inherit the disease.

Fabry disease is a progressive disorder and symptoms that affect the kidneys, heart, or brain most often occur when patients are age 30 to 45 years.

What causes the disease; is it genetic?

Fabry disease is caused by a genetic mutation resulting in a deficiency of an enzyme called alpha-galactosidase A (a-Gal A). The genetic defect causes the body to not make enough of this enzyme leading to a buildup of a type of fat called globotriaosylceramide (Gb3, or GL-3) in the body cause the symptoms of Fabry disease.

How do you inherit Fabry disease?

Fabry disease is the result of what is called an X-linked inheritance, that is, the disease is caused by a defect on the X chromosome. X-linked genetic mutations tend to occur mostly in males and rarely in females.

Females who inherit a defective X chromosome are called carriers and they may pass the genetic mutation on to their male children.