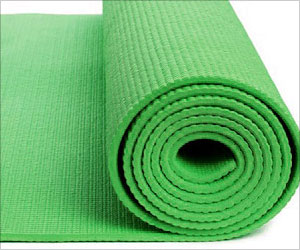 In Baltimore/Washington International Airport (BWI) passengers may have to pay $25 to use the available yoga space.

‘Many airports such as the San Francisco, Chicago O’Hare, Dallas/Fort Worth Airport also provide yoga rooms/studio for free. It will be a step in the positive direction if Baltimore International Airport officials provide the yoga-room for free.’

Zed, who is President of Universal Society of Hinduism, pointed out that BWI, like many other airports, should provide yoga space for the passengers/others without any charge if it was serious to help reduce their stress levels and be a “world-class” airport and follow its own motto of “Easy Come, Easy Go”.

Rajan Zed noted that although introduced and nourished by Hinduism, yoga was a world heritage and liberation powerhouse to be utilized by all and paying a fee for yoga space at a public facility like BWI did not seem right. It would step in the positive direction if BWI rethinks about the issue and provides a yoga-room to be used by all passengers, employees, vendors, and visitors for free.

Zed further said that yoga, referred as “a living fossil” whose traces went back to around 2,000 BCE to Indus Valley civilization, was a mental and physical discipline for everybody to share and benefit from.

According to Patanjali who codified it in Yoga Sutra, yoga was a methodical effort to attain perfection, through the control of the different elements of human nature, physical and psychical, Zed added.

According to US National Institutes of Health, yoga may help one to feel more relaxed, be more flexible, improve posture, breathe deeply, and get rid of stress. According to “2016 Yoga in America Study”, about 37 million Americans (which included many celebrities) now practice yoga; and yoga is strongly correlated with having a positive self-image. Yoga was the repository of something basic in the human soul and psyche, Rajan Zed added.

About 25.1 million passengers travel through BWI (32 miles northeast of Washington DC) each year, which offers over 300 non-stop flights to more than 90 domestic and international destinations. It claims to produce a total economic impact of $9.3 billion, and Ricky Smith is the Executive Director.