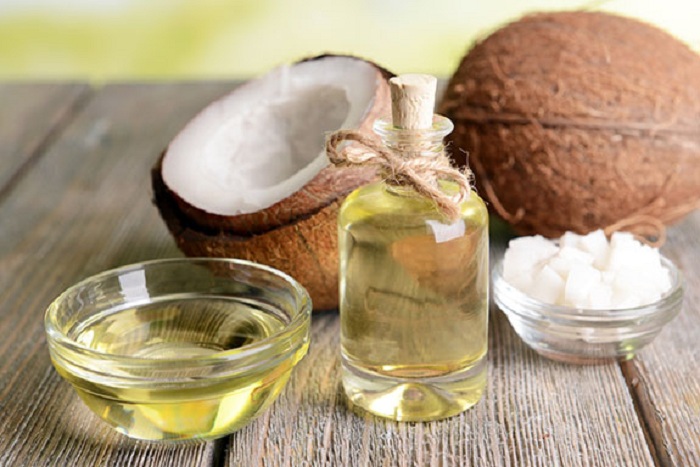 The unique composition of human breast milk fat includes the fatty acids, lauric acid and capric acid, which have potent antimicrobial properties. These fatty acids offer the nursing infant protection from viruses such as herpes and HIV, protozoa such as giardia lamblia, and bacteria such as chlamydia and heliocobater.

and other coconut products

, have significantly increased levels of lauric acid and capric acid in their breast milk. Thus, the milk supply has increased amounts of the protective antimicrobials, which will give even greater protection to the nursing infant.

Pregnant females store fat to assure successful lactation. Any lauric acid and capric acid in the diet becomes part of the adipose stores. The milk fat of a lactating mother is made up of these stores as well as her current diet. If her diet doesn’t contain lauric acid, then generally her milk fat will contain around 3% lauric acid and round 1% capric acid.

When a lactating woman adds foods rich in lauric acid to her diet, the amount available in her breastmilk increases substantially to levels three times the original level and nearly double the amount of capric acid. In countries where coconut oil is a diet staple, levels of lauric acid in the mother’s milk can be as high as 21% and capric acid can be as high as 6% giving her infant even more protection against viruses, bacteria, and protozoa.

can be used instead of butter

in cooking and baking. You can stir it into oatmeal or even use it as a spread. Also, this oil’s antimicrobial properties are beneficial for the skin. Pregnant women in many cultures the world over rub coconut oil on their expanding bellies to keep skin soft and prevent itching.