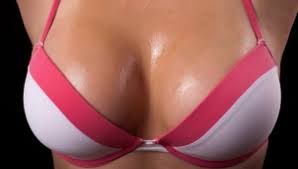 In March 2017, the U.S. Food and Drug Administration issued an update about a
rare type of cancer that has been reported in people with breast implants. The
cancer is called anaplastic large cell lymphoma, or ALCL, and is a rare type of
non-Hodgkin’s lymphoma (cancer of the cells that make up the immune system). ALCL
itself is a rare cancer that can affect both men and women. When it is not
associated with breast implants, ALCL can develop in the skin, in the lymph
nodes, or in organs throughout the body. ALCL is not a type of breast cancer.
Women with breast implants appear to have a very small increased risk for
developing this rare tumor in the breast tissues surrounding the implant.

To understand just how rare this type of cancer is, it is important to look
at some statistics. In the U.S., between 1998 and 2009, about 4 million breast
implant surgeries were performed. Statistics from the US National Cancer
Institute reveal that about one in 500,000 women is diagnosed with ALCL in the
United States every year, while ALCL in the breast is even less common. Only
around three out of 100 million women per year in the U.S. are diagnosed with ALCL in
the breast. As of February 2017, the FDA had received a total 359 reports of
breast-implant associated ALCL (BIA-ALCL), including nine deaths due to the
condition.

BIA-ALCL has been described in women who underwent breast implantation for
both reconstruction after cancer surgery and augmentation (cosmetic
enlargement). ALCL is a cancer of the T lymphocytes of the immune system,
whereas most lymphomas that arise in the breast in people without implants are
of the B lymphocyte type. The exact reason for the slight increase in this rare
cancer in women with breast implants is still not understood. The cancer has
been reported more often in those with implants that have a textured outer shell
than in those with implants that have a smooth outer shell, but the meaning of
this association is not clear.