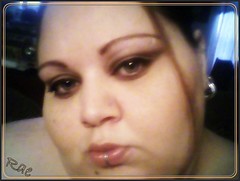 How many times have you heard someone make a cursory mention of your need for beauty sleep and dismissed it as either their half-hearted attempt at being humorous or their mindlessly repeating an old wives tale out of sheer habit? Well I’ve got news for you.

Although increasing the amount of sleep you get each night may not guarantee you a career as a supermodel, it will contribute a great deal to your overall health.

Why do we need sleep?

Sleep is such a crucial component of our lives that most of us spend about 1/3 of our time doing it. It is not just a luxury for those whose schedules aren’t completely cluttered with activities either. Sleeping is vital to brain function and regeneration. Many key physiological events take place during our slumber, not the least of which are allowing the brain to organize and store memories, as well as allowing the body to generate growth hormone.

Ever wonder why babies sleep an average of 16 hours per day? That’s why. There bodies are going through such rapid transformation and the bulk of the growth hormone produced by our bodies occurs during sleep. It probably wouldn’t be too big a stretch to suggest that hair growth among the sleep deprived is less than those catching enough of the proverbial “Z’s”. Getting an adequate amount of sleep is important for healing. The body’s immune system is at full strength when fully rested, as it is during sleep that the body regenerates and repairs itself. Back to the growth hormone, athletes and bodybuilders know the importance of sleep in allowing inflamed muscles to heal and recover after intense workouts.

How Much Sleep do I need?

I started out talking about wives tales and here is where one finally comes into play. Popular opinion says that adults do not need as much sleep as young people. It turns out that this is not true. While it is no longer as crucial for the average, full-grown adult to make sure that their bodies are maximizing their growth hormone production as it may be for youth and adolescents, getting enough sleep is absolutely imperative for brain function. Unfortunately, with age, the decline of some of our other body functions may have an adverse affect on our ability to sleep as long as was previously possible. Many adults become lighter sleepers due to factors like parenthood, environmental changes, or stress. Our adult bodies are built for an average of 16 waking hours per day. Taking a moment to do the math would subsequently suggest that 8 hours is the target number. The aforementioned afflictions may preclude getting that much sleep in one sitting, but best efforts should be made to squeeze in a power nap or two to make up the difference.

What if I don’t get enough sleep?

So you’re saying, “Big deal. I don’t need much sleep. I’ve got too much to do. I can sleep when I’m dead.” Well, dead is where you may soon be if you continue to play Russian Roulette with sleep deprivation. The National Highway Safety Administration reports that more than 100,000 traffic accidents involve someone who has fallen asleep behind the wheel. People working around heavy machinery or in hyper-alert positions like Air Traffic Control also greatly increase the risk of catastrophe by not getting enough sleep.

Why is this? Well, the brain’s decision making ability and cognitive functions are sharply compromised when it is not rested. It’s ability to retain and process information becomes sharply impaired, as is concentration. And to dispel another myth, drinking coffee doesn’t help either. In fact, the caffeine in coffee may constrict the blood vessels and speed the heart rate, but it also blocks the receptors that let the brown know that it is tired, causing the brain to become even less efficient. The bad news does not stop there. Lack of sleep may trigger the release of stress hormones and increase the risk of heart attack and stroke, as well as breast and colon cancer. The hormone melatonin fights the abnormal cell growth that causes some cancers and as you probably guessed, the bulk of melatonin is produced during sleep. Less sleep means less melatonin and thus a reduced ability to fight off cancer. Depression. Irritability. Mood swings. Increased likelihood of mental illness. Do you see how seriously we need to take the business of sleeping?

How can I improve the quality of sleep I get?

Do not despair. The fact that you have continued to read suggests that you are concerned enough to find out if there is indeed any light at the end of this tunnel. Just as with any other thing in your life, you’ve got to commit to putting the work in to improve the situation. Change your sleeping habits by changing the things you do before going to sleep. Develop a ritual that allows your body to unwind before trying to sleep. Here are a few suggestions. Establish relaxing pre-sleep routines. It is important to incorporate time to “wind down” from your daily activities. Minimize light, noise, and temperature extremes in the bedroom. Avoid large meals just before bedtime. Small snacks are not a problem, but large meals keep the digestive system active and can disrupt sleep.

Avoid strenuous exercise within two to three hours of bedtime. Strenuous exercise can elevate body temperature and cause difficulty falling asleep at bedtime. Avoid caffeine or other stimulants within four hours of bedtime. Develop a regular bed time and go to bed at the same time each night Try and wake up without an alarm clock I don’t know about you, but I can’t wait to go to sleep. Like I said at the beginning, getting more sleep may not make you look like Halle Berry, but its positive effects may indeed bring out your inner beauty.