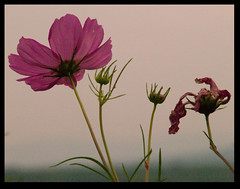 Phong Nha- Ke Bang national park in central Quang Binh Province was already known for its stunning caves, and then a 2005 discovery set the bar even higher.

In 2005 a team from British Caving Association discovered stalactites that were so stunning they could only exclaim “Paradise.” Since then, Thien Duong Cave (Paradise Cave) in Quang Binh Province has earned fame as one of the world’s most beautiful and magnificent caves.

Located in the middle of the Phong Nha – Ke Bang National Park, Thien Duong is a dry and arch cave surrounded by underground streams and Rocky Mountains and is about 200 meters above sea level. Its entrance measures only four square meters, enough for two people to pass through.

The cave has huge stalactites of different shapes. The deeper you go, the more beauty you can expect. Depending on people’s imagination the stalactites may resemble something – from Buddhist statues, communal houses of the Central Highland people to Christmas tree, bamboo tree different types of animals.

Soon after being discovered, Thien Duong Cave has been acknowledged internationally for its stunning groups of stalactites. Before the discovery it was Phong Nha Cave that people raved about, but these days it had to take a back seat.

Thien Duong Cave is 30 to 150 meters wide and about 36 kilometers long. According to experts from the British Caving Association, it could be the longest dry cave in Asia.

The floor of the cave is of soft, sticky soil that can be easily walked upon. Expect a sense of the dampness as you reach deeper inside, due to water oozing from the Rocky Mountains above.

The cave has become an attractive ecological tourism destination. With a total area of 17, 000 square meters, it extends under three villages: Phuc Lam Xuan, Xuan Trach, Phuc Trach, in the district if Bo Trach. Temperatures inside range from 13 – 17 degrees Celsius

Thien Duong is located in the ecological restoration area of the park, which boats countless types of valuable wood derived from flowering plants called “nghien.” The area’s’ fauna includes endangered species such as the saola, muntjac deer, and the flying lemur, among others.

It’s important that Thien Duong cave and its ecological area have strict preservation measures in place. The Quang Binh Provincial People’s committee recently selected a Hanoi – based tourism and resort operator. Tours to Thien Duong Cave officially began at the beginning of September 2010.

According to Mr. Vo Minh Hoai, Chairman of Truong Thinh Joint Stock Company, it aims to fully access the tourism potential of Thien Duong Cave while balancing potential of protection. The management committee plans to limit the number of tourists and use environmental – friendly materials such as brocade for staff uniforms, electric cars for transporting tourists, and LED lamps. It also hopes to train staff and tour guides to improve the services on offer, making tours to the paradise a heavenly experience.

This article written by Lanh Nguyen from Vietnam Heritage Travel