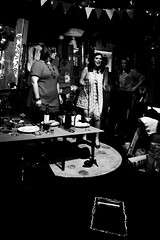 Nowadays, more and more people are opting to get various parts of their bodies tattooed and pierced. Not only is it more socially acceptable, with television shows, festivals, and entire conventions dedicated to the art, it’s also more affordable – with some shops even offering promotions and special prices such as Body Candy promo codes.

An ancient practice that used to be a way of symbolizing rank or class within a community, a mark of a rite of passage, or simply to ward off evil spirits, tattooing and piercing have both found expression in modern times. However, this did not happen right away. For a time, body art was considered a deviant act of rebellion, and its advocates were vilified as troublemakers, drug addicts, sexual deviants, and even devil worshipers.

For a long time, body art enthusiasts did nothing to contradict these common (and very mistaken) beliefs, using it as a sign of “otherness”, small acts of rebellion against a very dictating society.

Eventually, though, society became more accepting of diversity, and slowly body art became a more acceptable method of self-expression and a way of establishing one’s uniqueness. These days it’s not unusual for people of either gender to have more than just their ears pierced as a form of self-expression, or for people to have at least one tiny tattoo somewhere on their body. Choosing a piece of jewelry and where on the body it will be placed is now a bigger concern than losing one’s job over an extra earring or a silver stud on an eyebrow.

If you’re thinking of getting a piercing, you must give it some serious thought. Where will you place it – somewhere hidden or somewhere where it is conspicuously visible? What will you get – a hoop, a stud, or something that dangles and dances? When choosing a piece of jewelry, you have to be aware of the healing time and the amount of aftercare that goes into a piece of body art. With piercing especially, you can’t simply have it done and then forget about it. While it heals, you’ll need to look after it so that it doesn’t get infected.

You’ll also need to find a professional to do it for you – you should never attempt to do it yourself, or have a friend do it. A professional piercing parlor will have a notice from the health department prominently displayed on the premises, certifying that they follow the government’s standards for safety and cleanliness. This means they sanitize their tools, and they will never re-use needles.

Once you’re all set, you will want to choose a piece of jewelry that is most indicative of your individuality and personality. You’ll save a lot of time if you do some Internet searching for designs first. You might even find great jewelry at a good price, especially if you make use of online coupons that offer the best deals on beautiful pieces, such as Body Candy promo codes.

As long as you choose to be responsible in caring for yourself, there is absolutely no reason why you shouldn’t get yourself pierced or tattooed and enjoy it.

Dave is computer programmer and loves saving money by using coupons and promotional codes. He offers many of these coupon codes on his web site http://www.couponsaver.org