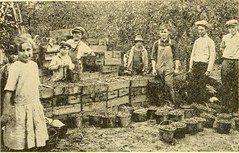 “The Voice” coach Christina Aguilera was photographed hitting the American Music Awards at the Nokia Theatre in Los Angeles on Sunday night (November 24, 2013). The “Genie in a Bottle” hitmaker looked noticeably thinner compared to her appearance at the ceremony the year before. Going for an old Hollywood glam look, Christina Aguilera showed off her slender figure after weight loss in a plunging, white Maria Lucia Hohan gown, which featured a thigh-high slit, extremely low-cut V-neck and diamond shaped side cutouts. The “Lotus” queen teamed her dress with silver, open-toed heels by Christian Louboutin while accessorizing it with large diamond drop earrings and a silver clutch. She kept her platinum locks in loose curls, lined her eyes in black and painted her lips red, looking like a ’50s screen siren at the AMAs.

Christina Aguilera showed off her noticeably thinner frame after her stunning weight loss at the 2013 American Music Awards (right). The “Beautiful” crooner displayed her fuller figure at the show the year before (left).

Christina Aguilera looked significantly trimmer in her white Maria Lucia Hohan gown (left) in comparison to her appearance at the 2012 AMAs before shedding pounds (right).

The “Come On Over” singer’s new shape at the 2013 American Music Awards shocked fans when compared to her look the year before.

Christina Aguilera, whose weight has yo-yoed over the years, was more than happy to work her mojo for the cameras. The pop diva then took to the stage to perform her new hit “Say Something” with songwriting pair A Great Big World.

All eyes were on Christina Aguilera as she posed for cameras on the red carpet. She looked slim and sexy at the star-studded event while showing off her tanned and toned legs in a glamorous white dress by Maria Lucia Hohan.

Khloe Kardashian: Before and after weight loss (Pictures)

Boy George: Before and After Weight Loss (Pictures)

Snooki’s Weight Loss 2013: Before and After Pictures

I have been working as a doctor of a general hospital since February 1998. In addition, I am a full time writer and specialize in weight loss related issues. I also write for a number of different websites on the Internet.